Always admire on how Instagrammers edit their travel photos? Want to know how they do it but too shy to ask? Here is a speed-tutorial of how Niklas Yong does it.

Like his photos? Let’s see what camera, filter and editing software he used to achieve them:

iv. Other Photography details: This series was very much a play with colour. The outstanding gold of Kinkaku-ji contrasted very well with the foliage in the surrounding. While many photographers have taken this marvellous historical building from the front overlooking the lake (which Nicklas shamelessly did as well), he wanted to try something different. He used the foliage to en-capsule the building, creating sort of a “hidden beauty”, peering out from behind.

v.  How much time spent on editing: Time was mostly spent trying to maintain details in the foliage while having the camera focused on the subject behind. With such an array of plants and leaves, he wanted them to be visible against the gold of the pavilion.

iv. Other Photography details: From the time spent on the ground in Gold Coast (and also looking at the map) he realized that the city was blessed with a wide array of landscapes. He just had to get a panoramic shot from the highest point in the city, Skypoint Q1, which he did and this was the result; beach and sea view, a great contrast between some of the tallest buildings and surroundings and Nerang River which cuts right between the city.

v.  How much time spent on editing: The challenge in editing this picture was in reducing the reflection and glare which you tend to get from windows at that height. Once that was done, it was a balancing act in getting the right amount shadows without making the photo too dark or contrasting. Definitely one of my favourite shots from that trip!

iv. Other Photography details : he chose this traditional doorway to frame himself and his fiance in opposing Kimono colours (Yin and Yang), on opposite sides and back & front, to illustrate the seasonal change that Kyoto was going through as seen in the center pic depicting Kiyomizu-dera during the early Sakura season. Trees were still bare and colourless from winter, but cherry blossoms were beginning to bloom.

v.  How much time spent on editing : Editing this photo was quick and easy. The tough part was coming up with the right photos and angles to illustrate the idea. 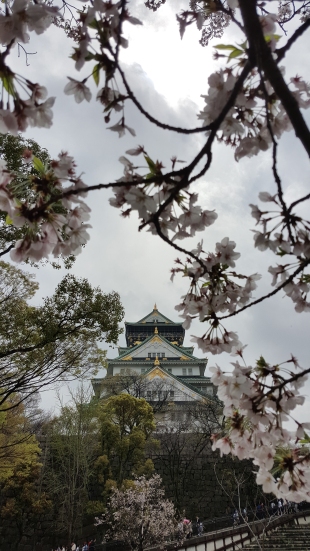 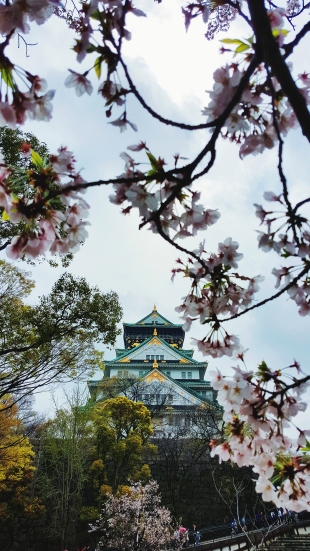 Processed with VSCO with lv01 preset 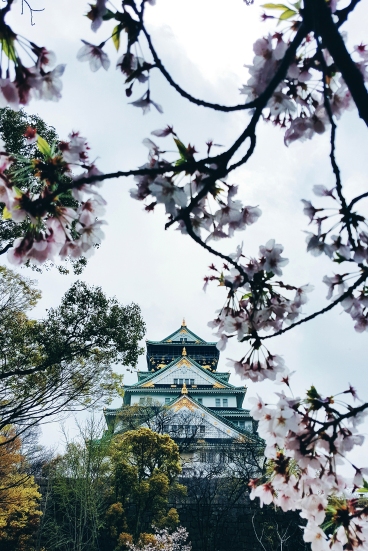 Processed with VSCO with hb1 preset

Let’s listen to what he says :

“ I love the composition of this shot, I loved the sakura season in Japan, I loved how Osaka Castle stood unobstructed at the top, and I hated the weather that day. As a photographer, we do not get to choose the conditions that we shoot in, most of the times.

During this particular day, it was raining, the sky was grey and gloomy with the lack of light (First pic). It was a real challenge waiting at this spot for the tree to stop swaying for me to get that perfect frame between the flowers and the trees.

Once the photo was taken, it was time to get to work with the photo. I started of by enhancing the colours in the photo. Clearing up the grey sky, adding in colours to an otherwise desaturated photo, and straightening it out. For those on the go, VSCO offers great options to play with colours and temperatures for photos in this situation, the filter to use is LV1. Otherwise, it’s with more professional softwares such as Lightroom. The result is Picture 2.

With the colours adjusted, the next step would be to enhance the details of the photo, crop it to your liking (and for social media), and final touch ups on the colour with Adobe Photoshop and VSCO’s HB1 filter. The end result is a picture filled with details, natural colours suited to a cool spring day in Osaka’s sakura season. “

Thank you, Niklas , for sharing with Flyingindance’s readers on your impeccable photography & editing skills.